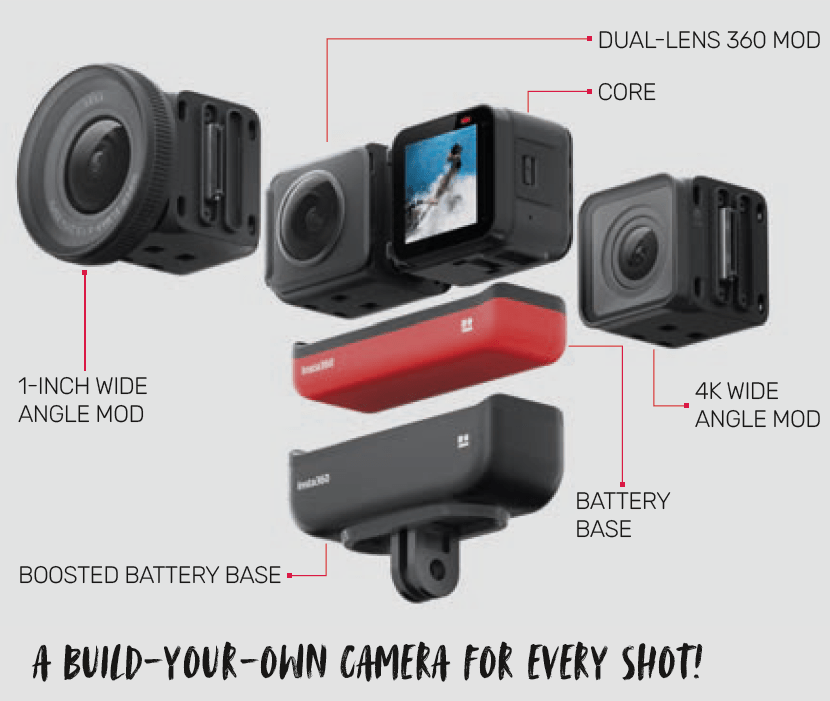 In what seems like literally days since their last 360 camera was released, Insta 360 are back with their latest offering, the ONE R.

A clear shot aimed towards GoPro, this is a modular camera, that when bolted together bears more than just a resemblance to their range of action cameras.

Think of this a bit like a Lego camera. Available in varying combinations, you can buy several different kits, or just add to it later. You start with the battery and a processor unit, then bolt whichever camera module works best for what you’re doing.

Want 360 footage? There’s a dual-lens 360 module for that. Want a more traditional 4K action camera that looks a bit like a GoPro? There’s a module for that, too. Looking
for a higher quality image capture in your skydiving vids? There’s a third module with your name on it – this one featuring a ‘ground-breaking’ 5.3k 1-inch sensor, co-engineered with camera legends, Leica.

The ONE R uses an upgraded version of Insta 360’s FlowState image stabilisation irrespective of which camera module you’re using, which should help give you some epic cinematic-style smooth shots. I’ve been using their previous camera, the ONE X, and I’ve got to say, it’s pretty impressive.

Out of the box, the camera is waterproof to five metres, or up to 60 metres with the optional dive case. It also has voice control.

Featuring HDR modes for video and photos, combined with AI-supported higher ISO ranges, Insta 360 claim the ONE R offers best in class low-light performance. Using the packaged software and editor, you can also improve the colours in post.

With two onboard mics and a wind-reduction algorithm, this should make a good camera for cameraflyers doing interviews, or if you want to up the audio game for a bit of vlogging, you can use an external mic with their USB-C top mount accessory shoe.

Need more juice? You can pick up their Boosted Battery Base for extended shooting.

Camera aside, one of the great things about Insta 360 is the software side of things, and the new version released with the ONE R seems the best yet. Particularly useful with the 360 module, the app can do all the work for you using AI to pick the subjects and the best bits, or you can take full control and go crazy with the edits.

END_OF_DOCUMENT_TOKEN_TO_BE_REPLACED 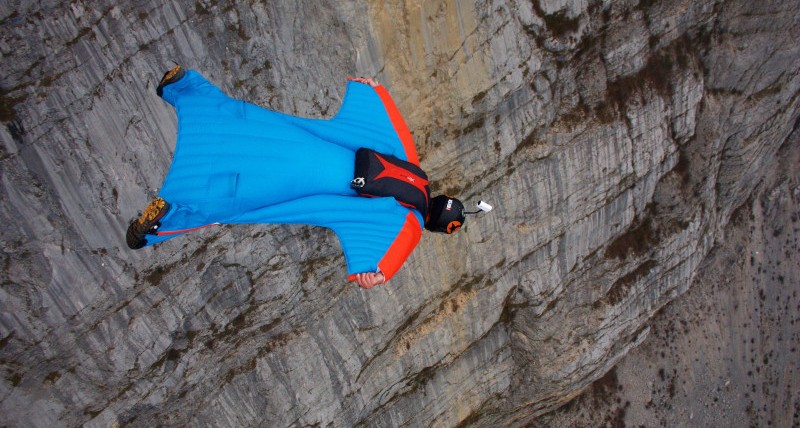