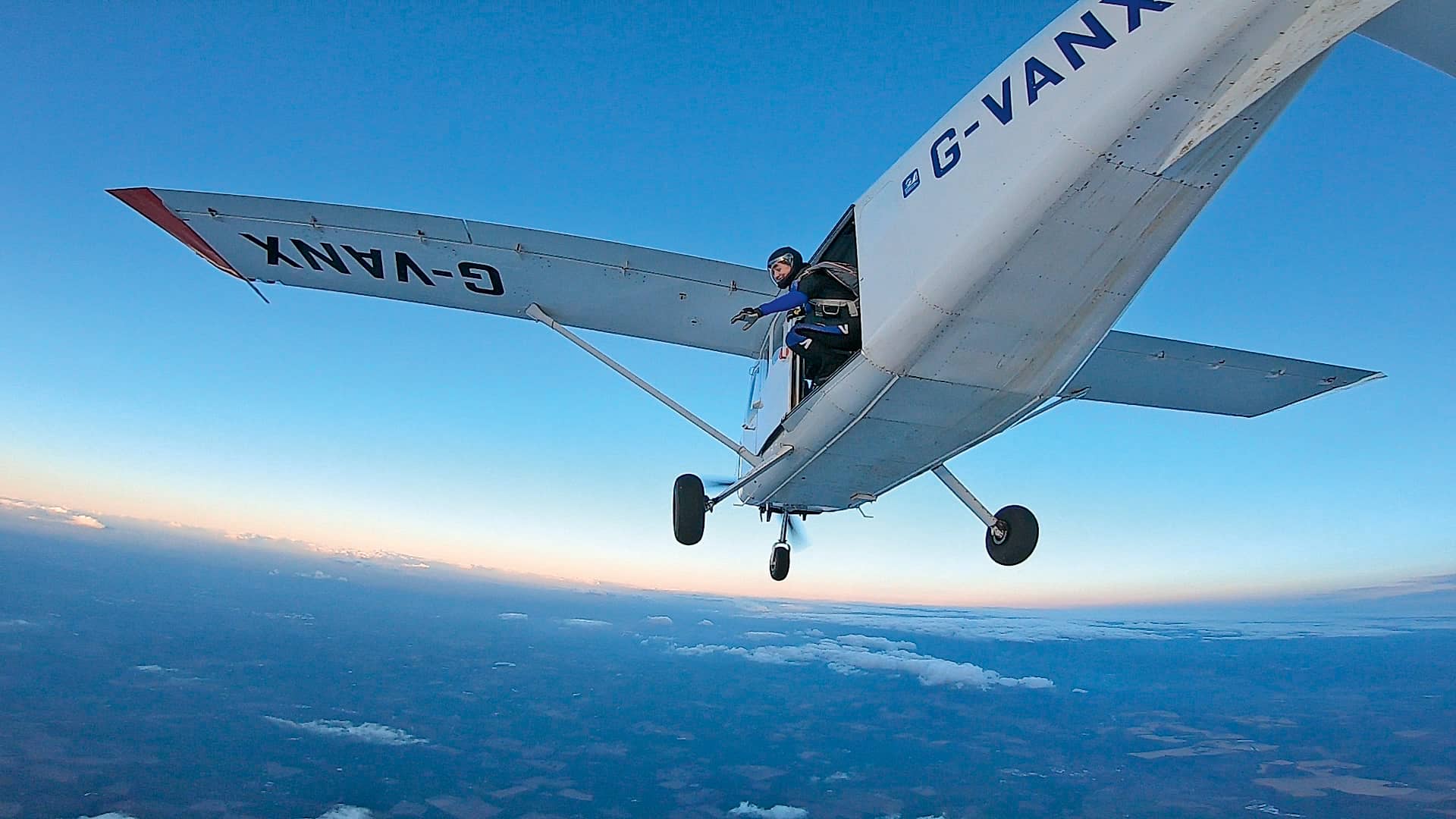 What a record-breaking couple of months that has been! Sadly, for all the wrong reasons. We had barely got going and hardly had a chance to welcome our new cameraflyer, Chris Everitt, before it all got a bit sticky.

If you think your season came to an abrupt end, have pity on those poor souls doing their TI course at Langar when a combination of the weather and Coronavirus starting to bite meant that the course was curtailed without a jump having taken place. Never mind people, you’ll be at the front of the queue when we start again.

For many of us, without any current jumping to occupy ourselves, we’ve been looking back at times gone by and some really fun things have popped up. This includes a piece from the RAF Shawbury magazine, Channel 19, from Christmas 1989 recording one Dave Oliver who made a static line jump for charity. A number of things in the article struck me – not least that there were 53 people on his course – yes, you read that correctly, 53! Also, he wrote that they had “almost 10 hours of instruction” – next time you think I’m going on a bit, Buzz, just remember that! The other thing that stood out for me was his very honest description of that first jump: “Though I was told afterward that I had made a good exit I have no recollection of the Safety count or even of seeing
the aircraft – all the repetition training paid off. Three seconds of complete disorientation and then I was floating in perfect silence towards the dropzone. But all too soon it was – feet and knees firmly together, legs bent, chin tucked in and isn’t the ground coming up fast! Then my feet hit the ground – I rolled – (all those PLFs) and I was on my feet and still in one piece.”

Sound familiar to anyone? I should point out he was on an GQ 22 Aeroconical canopy and jumping from a Cherokee 6. Mr Oliver, if you’re still out there or anyone knows you, swing by and say hello sometime. As a fun point, his Jump Master and Instructor was the club CI Lyn George, who went on to become the DZO and still remains with us as Chief Pilot over 30 years on.

We did get some stuff done before we closed, right up to March 20 when we decided it was time to stop – even before the government called for a full lockdown. The last day was quite poignant as we did think that would be it for a while. It was quiet, having decided to try and keep numbers down so that some level of social distancing was possible. The last lift of the day rounded it all off rather nicely as Julie Murray was the very last person out of the aircraft doing a dive to pin, which she got, so at least we ended on a positive note in the air.

We’ve been doing a number of fun things with Zoom on the ground since then! Virtual refreshers have been interesting, but we now have a method which we are all using and taking students through in an effort to keep people from getting too stale. It’s a good way to keep in touch as well and interesting to see the inside of some people’s homes…
The other use for Zoom has been for a bit of social and we started with a quiz night. As expected, this was a skydiving based quiz and we even managed to organise teams communicating via the chat facility to discuss answers. It included a brilliant film round with Buzz screen sharing the clips, some of which weren’t Cutaway! We have been threatened with bingo at some point.

ACHIEVEMENTS: NOT GOING BARMY: Every grounded skydiver in the world.

Photo: Julie Murray making the last exit from the Airvan on March 20 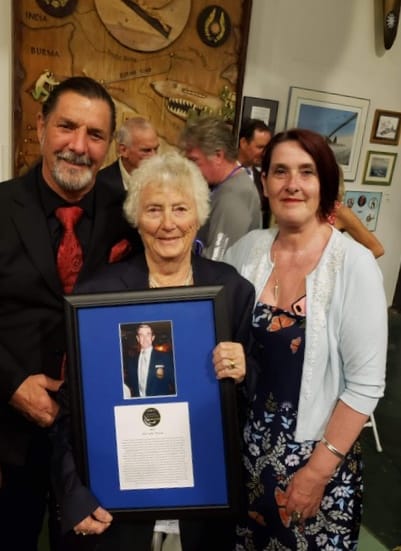 Bridlington – The Turbo Airvan has Arrived

END_OF_DOCUMENT_TOKEN_TO_BE_REPLACED 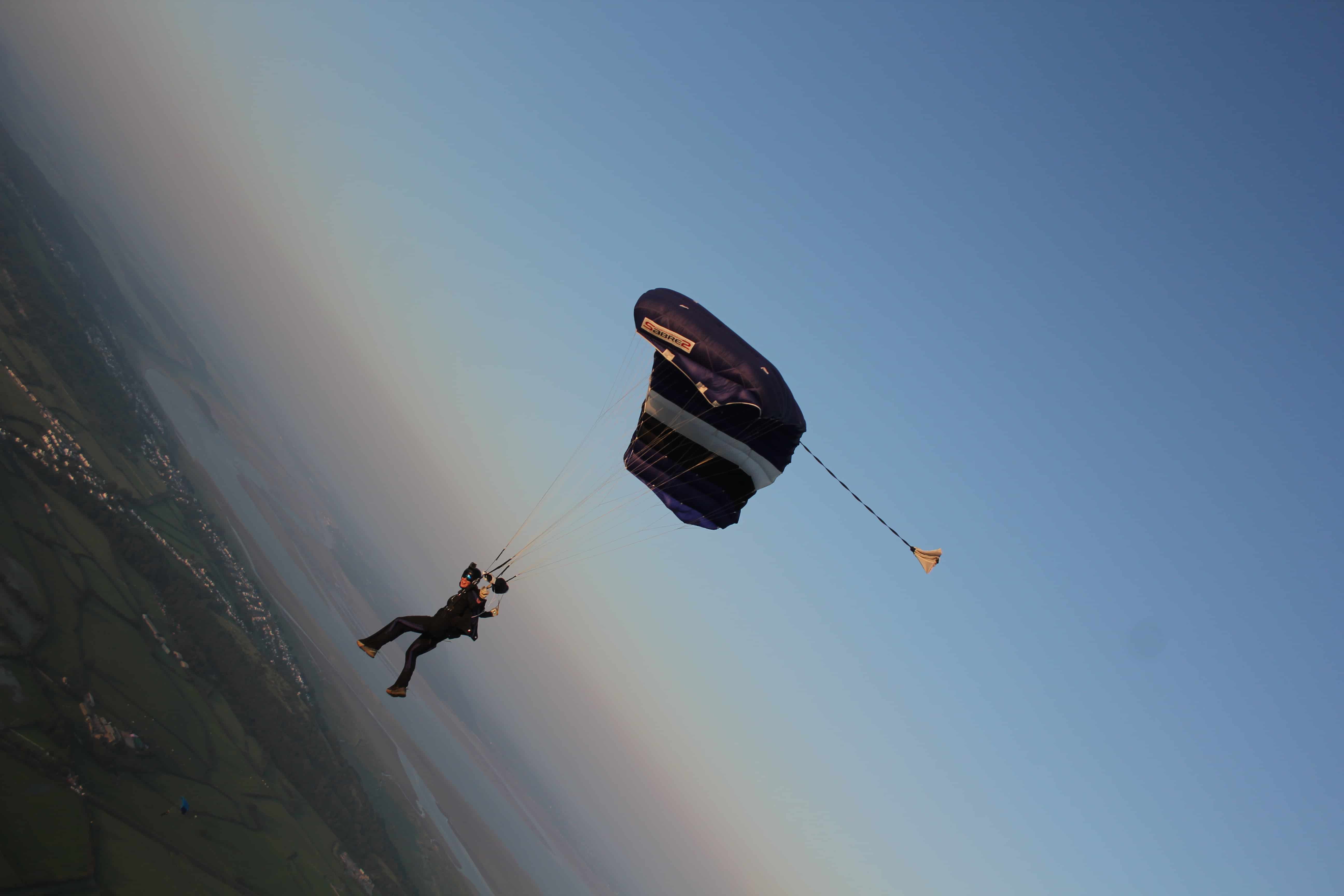 Cark – Anyone got any Dry Footwear?