This is a question that many people ask themselves before deciding whether to enroll on a beginners’ parachute course. Others may ask:

British Skydiving – the sport’s National Governing Body – has built up an extensive database, which can help to answer some of these questions.

Summary of the data on which the following advice is based (this link is repeated at the bottom of the page).

Below, we interpret the data to help explain what it means.

Is it totally safe?

No! There is no such thing as a totally safe parachute jump. The risk may be fairly low for some types of jump but there is always some risk. As with any action sport, sport parachuting can never be entirely risk-free.

All those who choose to participate in the sport therefore voluntarily accept an element of risk. Here, our purpose is to provide data to quantify the risk and help you to make an informed choice.

How is risk measured?

Risk in parachuting is best expressed as Injuries per 1000 Jumps and as Fatalities per 100,000 Jumps. ‘Injury’ may mean anything from a minor cut, bruise or scratch through fractures and sprains to multiple fractures and internal injuries. If a parachutist reports any injury, it is counted. Fortunately most of the injuries are minor or are simple fractures. Multiple or internal injuries are rare. The injury rates quoted are fairly stable and are useful for comparing one type of parachuting with another. Fatality rates are less stable from year to year due to the (thankfully) tiny numbers involved – it is debatable whether they are always stable enough for comparing one type of parachuting with another.

Do all types of parachuting carry the same risk?

No. There are now three ways to be introduced to parachuting. The risk profiles of these three methods vary considerably. The risks also vary depending on your gender, age, weight and fitness. For solo jumpers the injury rate for female novices is twice that for male novices. This gender difference has yet to be explained satisfactorily. The injury rate rises with increasing age, increasing weight and decreasing physical fitness.

The novice is strapped to an experienced instructor. They share a modern, extra-large, ‘square’ parachute. After a freefall of several thousand feet, the instructor opens the parachute. The instructor deals with any emergencies. The dual control parachute lets the novice practice canopy control and the instructor controls the landing. The injury rate is about 1 injury/1200jumps and varies a little by gender (1/1000 for women and 1/1400 for men). It is possible that these figures have been better than usual of late due to fewer older and unfit people applying to jump during the Covid pandemic.  Obesity may be a significant risk factor for injury even on tandem jumps.  Increasing age over 40 is associated with an increased risk of injury even on tandem jumps. The all-time tandem fatality rate since 1990 is about 0.11 per 100,000 jumps (1 in 880,000) and there were no tandem fatalities in the UK in the last 20 year block studied (2002-2021).

This is a great way to be introduced to the sport, requires very little training and probably carries the lowest risk profile. However, it does not leave you ready to continue in the sport and much more training will be required before a solo jump.

The novice jumps with a modern square parachute, which is opened within a few seconds of leaving the aircraft by a ‘static line’. The novice has to deal with any emergencies and has to steer the parachute to a safe landing area. The square parachute can give a very soft landing if handled well (and vice versa).

This method requires significant training and carries a higher injury rate than Tandem jumps. Injury rates are higher still for the very overweight or unfit and for older novices. It demands significant self-confidence and personal discipline. It is a suitable method of training for those that wish to become skydivers. It may not be the ideal method for those that just wish a single jump or a ‘taster’ of the sport.

The novice jumps with a modern square parachute but, instead of a static line opening the parachute immediately, the novice has a free-fall of several thousand feet before opening their parachute themselves. Throughout this free-fall the novice is accompanied by two experienced instructors who continue to teach during the free-fall. This ‘in-air’ teaching provides the accelerated learning.

The novice injury rate averages about 5/1000jumps (about 1 injury per 200 jumps). As with static line jumps, women continue to have twice the injury rate of men. However, jump numbers for AFF are small and the figures may show considerable year to year variation. A reliable overall fatality rate has not been established due to the relatively lower number of AFF jumps done to date, but it is likely that jumpers aged 40 or over are significantly more at risk.

This method requires significant training and has a higher financial cost per jump than the Category System method. However, due to the accelerated learning, it requires fewer jumps to reach a competent level. It is an excellent method for those wishing to become skydivers. It demands significant self-confidence and personal discipline. Its major disadvantage for those on a tight budget is its higher initial training cost.

This is parachuting as it was in the ‘old days’, with round parachutes. Although this activity still appears in our statistical database to the end of 2007, it is no longer available as a means of novice training within the BPA. It is no longer an option for you to learn to parachute by this method.

Once a skydiver is fully trained, the average injury rate is 0.3 injuries/1000 jumps and the fatality rate is just under 1/100,000. Some forms of parachuting undertaken by experienced parachutists do involve higher risks. For instance, public displays are associated with a fatality rate of 4/100,000 jumps and competitive “performance” landings carry significant risk even for very experienced parachutists.

Risks other than the jump itself

The airfield environment, the flight leading to a jump and the training before a jump can all carry their own risks, both for the parachutists themselves and for any friends or family who come to watch.

Which is best for me?

This depends on what you want out of the experience, how fit and self confident you are and what level of risk you are prepared to accept.

Skydiving is NOT for you. Do NOT enroll on any type of parachute course.

(b) You want the lowest possible risk but are prepared to accept an injury rate of up to 1 in 1400 (male) or up to 1 in 1000 (female), you are not very fit, you are not self confident, you want to avoid prolonged training, you just want the experience of a jump but do not yet wish to commit to regular skydiving.

Tandem skydiving may be the best choice for you to consider.

(c) You are fit and self-confident and are prepared to commit time to training. You would enjoy the challenge and thrill of a solo jump and the satisfaction of being responsible for yourself in the sky. You may wish to become a competent skydiver. You can accept an initial injury rate of up to about 1 in 250 (male) or up to 1 in 150 (female).

Static line (RAPS) or AFF may be the best choices for you to consider.

Make a realistic assessment of your own fitness and decide on your priorities and desires.

Summary of the data on which the above advice is based.

Have a great first jump! 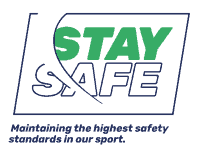