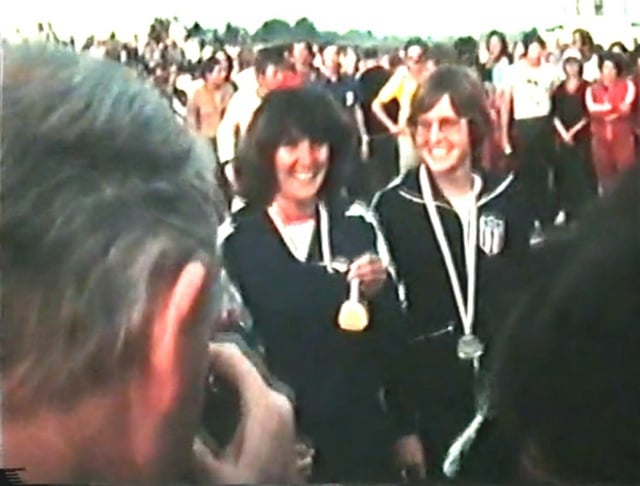 Despite early involvement in sport parachuting during the 1950s, the creation of the first sport parachute club in 1956 and the formation of the BPA in 1961, British Sport Parachuting still awaited its finest hour. Then it came. On Friday 1st September 1978, in Zagreb at the World Championships, Jackie Smith scored an unprecedented 10 consecutive Dead Centres to take gold in the Ladies Accuracy Event. This was the first ever British gold medal in a World Championships and the first time any competitor had achieved 10 consecutive Dead Centres. This still rates as one of the finest British sporting achievements ever. This short colour film, of enormous historical importance, includes one Dead Centre and the Medal Ceremony

With grateful thanks to Jackie Smith