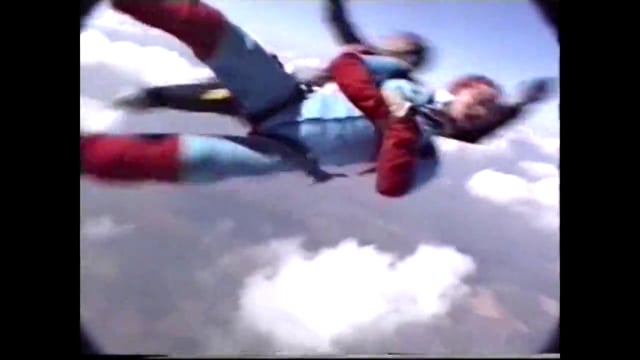 On 27th April 1991 tandem instructor Mike Smith and student Richard Maynard exited a Skyvan over Sibson Airfield preceded by cameraman Ronnie O\’Brien. The bridle wrapped itself around Mike\’s neck and he passed out almost immediately. Realising that something had gone badly wrong, Ronnie dived after the pair and after several unsuccessful attempts, due to their high speed rotation, managed to dock with them and deploy Mike\’s reserve canopy. Ronnie then went back into freefall before deploying his own canopy with seconds to spare. Mike and Richard landed without injury. For his actions, Ronnie was awarded the Queen\’s Gallantry Medal

With grateful thanks to Ronnie O\’Brien.