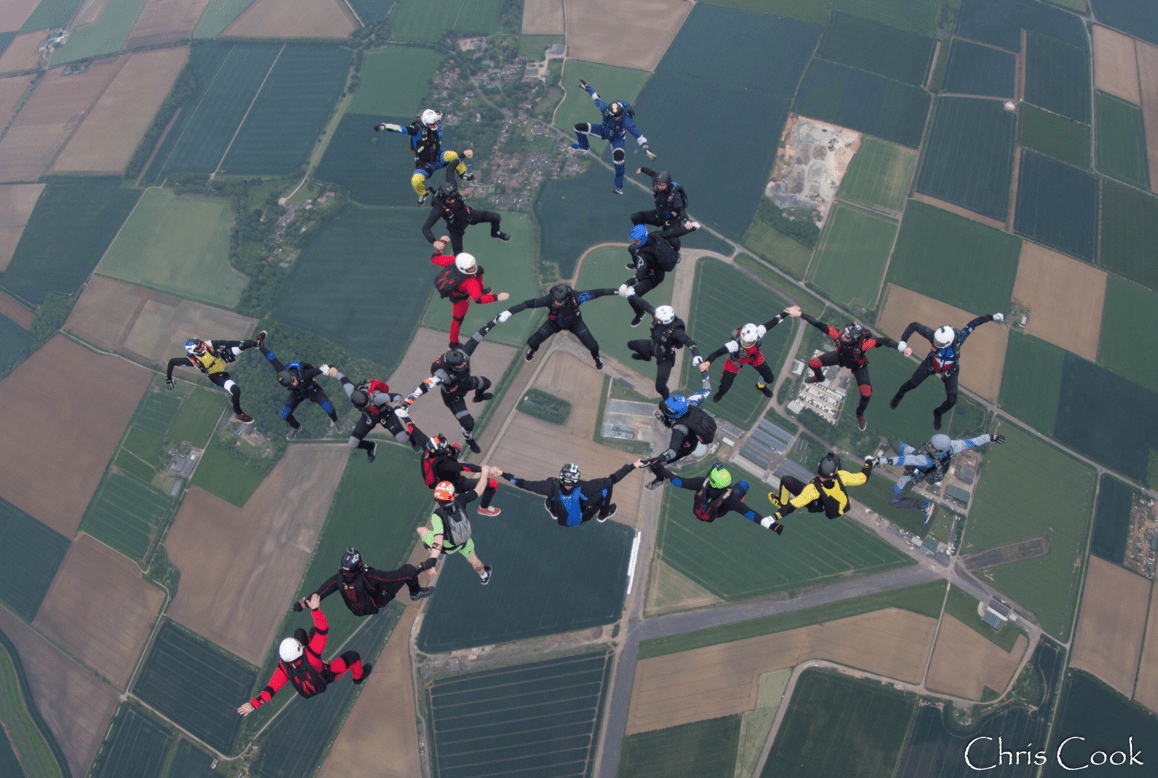 A new British Head-Up record was set at Skydive Hibaldstow this weekend. The old record of 14 was broken on Friday with 18 Head-Up jumpers completing a formation.

From Everyone at the BPA and on behalf of British Skydiving a huge congratulations and well done to everyone who made history this weekend.