One day I noticed Ronnie O’Brien trying to teach an unresponsive young lady to do proper PLFs.

He had the idea of getting the vertical fan harness (still on the cable) down to ground level and put the young lady in it. He then got her to stand on a chair which allowed the automatic rewind to take up the slack in the cable. Someone else was instructed to hold the fan so that the chair could be removed; leaving the young lady suspended perhaps a couple of feet above the floor. Ronnie then gave her a push so that she was swinging to and fro then at a well judged moment he called for the fan to be released allowing the young lady to descend whilst swinging. The result was an excellent PLF.

Effective though it was, this was a very slow process and could hardly be used to teach a whole class of students, so my thoughts were on ways to achieve the same result by simpler means. After a few experiments with odds and ends, a model was made and shown to Ronnie. He was most enthusiastic and showed it to the CCI John Meacock who told me to make a full size one which he would pay for.

This machine which was called a Parachute Landings Simulator went into limited production, around 50 being supplied to clubs in England, Scotland, Northern Ireland France, Germany America and Hong Kong. The French even pirated it and supplied one to all their clubs. As round parachutes slowly disappeared into history, so did the Parachute Landings Simulator, no longer needed as PLFs were forgotten. 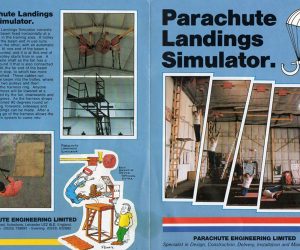 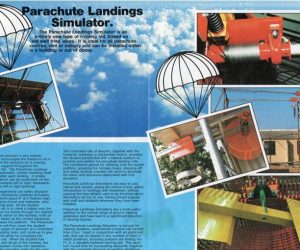 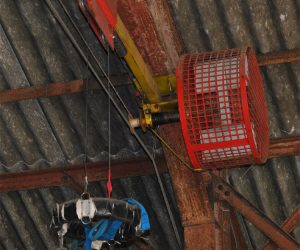 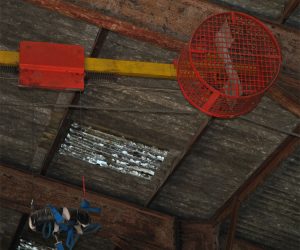 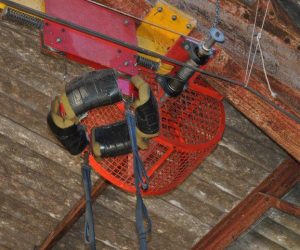